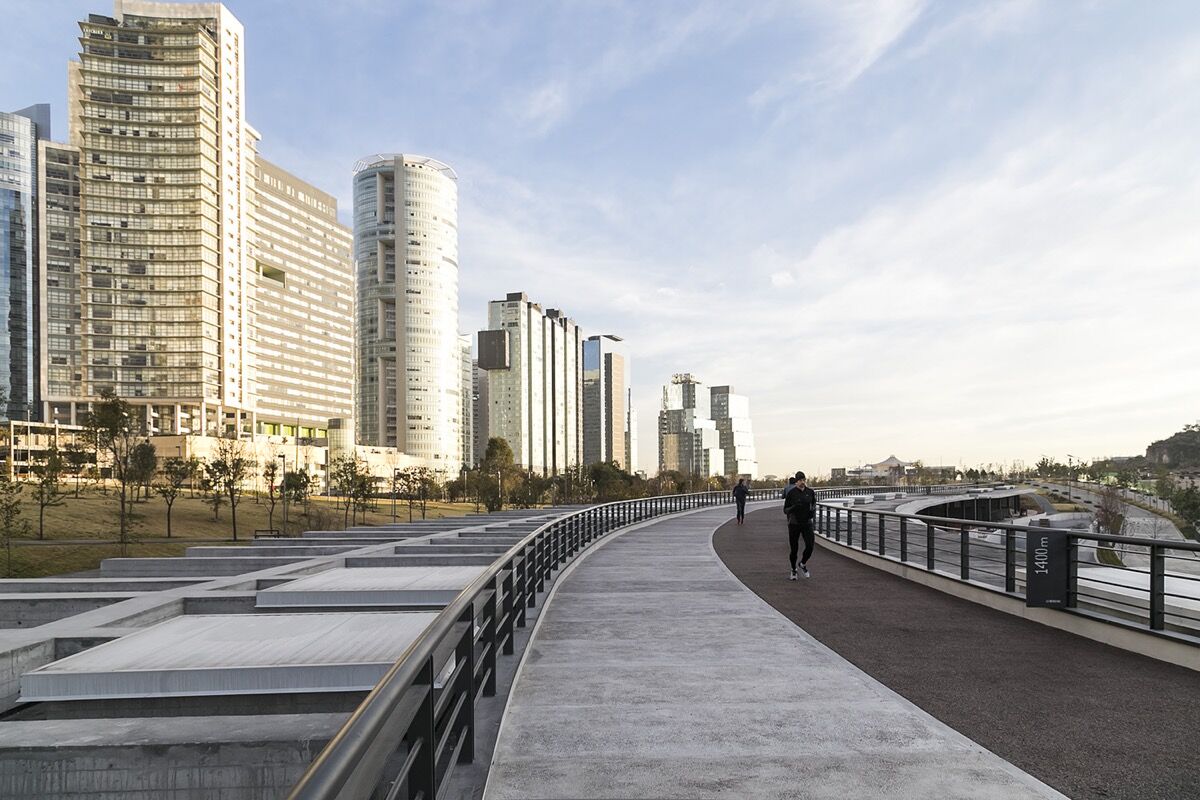 IT’S TIME TO GO TO WDC18, WE MAPPED THE REHABILITATION OF PUBLICS SPACES AND NEW SPACES FOR NEXT YEAR

With regard to the designation of World Design Capital 2018, new spaces have attracted attention as well as the presence of the city brand Mexico City. What happens with these events and how is preparing the future design capital to receive lovers of this discipline? In the last few months, three public space renovations and a new park were inaugurated.

Park designed by the landscaper Mario Schjetnan and Víctor Márquez, has two artificial lakes, bicycle circuit, skate park, playground, gourmet corridor and a viewpoint, among other recreational spaces. The project was carried out under subsistence criteria, planting more than 3,000 tree species and using rainwater. Its maintenance will be through a trust in charge of the Association of Settlers Santa Fe in coordination with the government of the CDMX. To get to the park will be by Ecobús and the Chamapa-Lechería highway.

This ridge covers 1.6 kilometers along Union Street to axis 2 Poniente Monterrey. It has 15 roofs, USB connections, lighting and reflectors for the vegetation but the main function of this space is the treatment of sewage from the La Piedad River for which eight biodigesters and four artificial wetlands were installed. In charge of this project was the Urban Management Agency of Mexico City and the citizen organization Cuatro Al Cubo.

The rehabilitation plan for this area included the intersections with the main streets and avenues of Chapultepec and Insurgentes, as well as the commercial areas within the roundabout and the extension of Line 1 of the Metrobus. It has lighting, road signs, dancing fountains, 14 sheds with electrical contacts and USB connections and as part of the decoration, the entire metro line was placed on the ground.

Mexico City Space Architecture and Design Temporary headquarters of the Information Center of the World Capital of Design 2018 program in the second section of Bosque de Chapultepec, former Scenic Railroad Service Workshop. Design Week Mexico and World Design Capital Mexico City 2018 presented the rehabilitated space and will later be used as a forum to promote design and architecture as tools for social development. It is still in the process of authenticating if the building was built by Felix Candela but after several years.

It remains to reflect what has been the role of the rulers and citizens before the current situation of the city and the spaces of coexistence that are generated in it. It is also important to consider what actions have been taken three months of 19S and what has happened to people who have been left homeless, what’s next?

And before the city brand that has appeared in some places, it remains to ask what happens with the other spaces where we do not see the pink logo. Is Mexico City  preparing to be the world capital of design? Given a complicated scenario next year where the elections will steal reflectors, what remains to be done and where is Mexico heading in the creative field?