The 17 most outstanding characters and projects of 2017 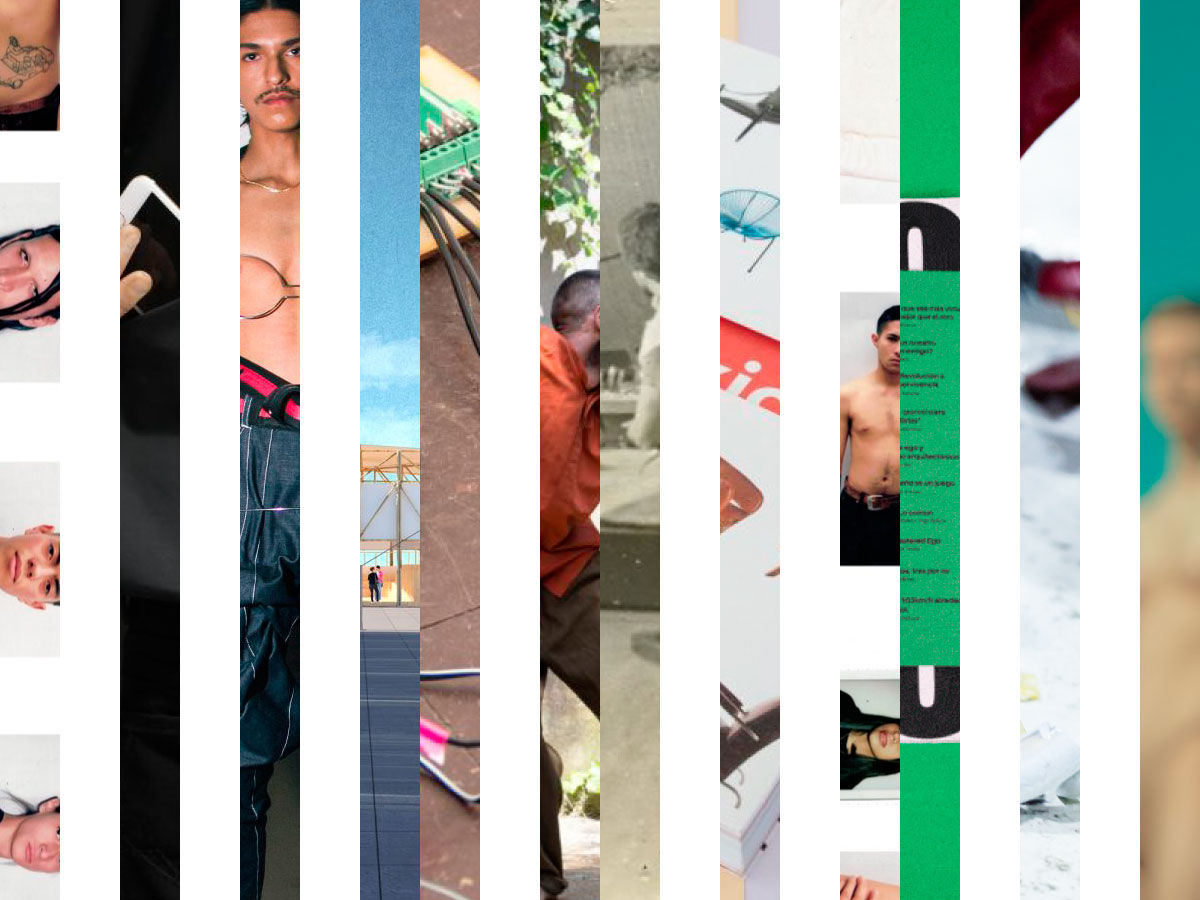 TO END THIS YEAR, WE CHOOSE 17 PROJECTS AND PEOPLE WHOSE CREATIVE PRACTICE PROVOKES, QUESTIONS AND BUILDS NEW WAYS TO THINK AND SEE MEXICO.

In 2017 we celebrated 8 years of telling stories about creative work in Mexico. We talk to people, we visit their work spaces, we ask them questions, we listen to what they have to say; and this is, in our opinion, the highlight of the year.

***
The names we bring together in this list have four things in common: first, that they question the status quo of the industries in which they work; second, they propose possible future scenarios; third, they begin to construct those scenarios and finally, they extend the limits of their creative territory reaching new intersections between disciplines.

Her work oscillates between fashion, contemporary art and performance, questions paradigms of identity and provokes new understandings of femininity and masculinity.

“The collapse of the Bolivar building number 168, almost corner with Chimalpopoca, in the Obrera neighborhood was a hard blow for all the women of our country. This unfortunate fact showed us that in 32 years we have not learned anything. Indifference, one of the demons of Mexican society, led us to repeat the story on September 19. ”

Founded Güerxs Agency, the first modeling agency in Mexico that defies beauty standards, showing us that there is no single conception of it. Güerxs has an inclusive discourse that focuses on racial, sexual, emotional and corporal diversity.

The apparel of the designer and the brand treasure and preserve the craft traditions of textile production and expand their meaning when they are conjugated to the shape of the body.

The designer’s work went viral with the bomber that carries “Mexico Is The Shit”, which catapulted him and opened his store Prima Volta, also presented his first collection this year and eponymous signature began to experiment and redefine mexican masculinity.

The wearable tech work of the duo integrates electronic components in clothing and allows the user to interact with applications or virtual environments. His work questions the limits of what the clothes we wear must do.

The French designer who has lived in Mexico City for a few years has been working on the creation of public space and his work is strongly influenced by a micro-local production and artisanal system.

This year, the design and community generation critique project led by Kassim Vera presented two editions of its publication and,  with Coolhuntermx, organized a design debate exercise during the Mexican Design Open.

This space gives the design community in Mexico and those interested in Mexican design the opportunity to think in a historical, current and speculative way. This year, the exhibition “Mexico City Design 02 Past” was inaugurated, showing the unexplored history of design at the CDMX.

This year the independent curator of design and fashion published the book “Silla Mexicana” with Arquine, and also managed and curated several exhibitions on Mexico and Mexican design, including “Found in Translation” at LACMA and “Crafting Futures” in collaboration with the British Council. This year he also directed the 19th edition of the Roma Condesa Cultural Corridor.

The study of interactive design, art and new media in Mexico takes as a basis for its projects three fundamentals: interaction, form and code. With international projects, Pac Interactive is positioning itself as an important Mexican voice in the digital creativity industry.

The creative practice of the duo by Mara Soler and Daniela Villanueva is at the intersection of animation, art direction and installation. It’s visual style has been sought by companies such as Air France and Cirque du Soleil.

The work of Hilda Palafox, designer, illustrator and muralist, inspired by women tells us about a moment that the country and its creators are going through. Poni, is part of a wave of creators whose work reflects an attempt at reconciliation with one’s own femininity and the birth of a sorority based on artistic expression.

This non-profit organization seeks to bring girls and women to technology. Its mission is important in the formation of the Internet of Mexico and in the participation of women in its construction.

The young architectural firm based in Mexico City is part of a new generation of architects who understand the discipline from another perspective; the construction of architecture through its atmospheres, both in private space and in public space, and in temporary as well as timeless projects.

This Mexican photographer based in Berlin questions our perception of eroticism using male nudes and nature as a setting.

This project of visual arts and contemporary dance talks about the exploration of the body and identity that is happening in Mexico.

Thanks 2017! See you in 2018 with more of the Mexican creative industries.